My Hero Academia Chapter 265 will continue the attack of Pro Heroes on the Paranormal Liberations Front’s stronghold. The heroes are trying to capture the villains and Twice will try to fight Hawks as he is emotionally unstable and hurt over the betrayal of his trust. Boku no Hero Academia 265 might also show the Mirko vs high-end Nomus which was skipped in the last manga chapter.

My Hero Academia Chapter 265 spoilers predict that Twice vs Hawks fight is confirmed for the next manga installment. While the hero has no intention to fight the villain, he will be forced to do so as Twice can’t be reasoned when he has so much anger. The assault on the mansion of the bad guys will continue in My Hero Academia 265 manga chapter and most of the villains will surrender as they don’t have many options.

My Hero Academia Chapter 265 will release on Sunday, March 22, 2020, as per VIZ’s official website. The raw scans for My Hero Academia 265 will be leaked out 2-3 days prior on the internet around March 20 but it would be better to wait for the official release and English translation.

My Hero Academia, Ch. 264: The heroes’ surprise raid on the villains’ hideout is off to a great start. But it’s not over yet! Read it FREE from the official source! https://t.co/ftP5svsXoE pic.twitter.com/6xYDUZUzlH

The latest chapters of Boku no Hero Academia can be read on VIZ media and Shueisha’s Shonen Jump official website and platforms. One should always read the manga from their official websites for free as it would help the creators and inspire them to make more interesting stories. 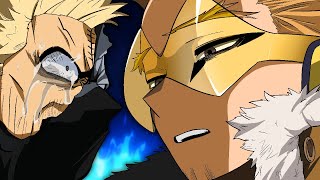