Michael Schumacher’s health status is yet unknown as his family has kept everything secret from the public. There are no photos or media coverage on the F1 champion racer ever since his horrible accident while skiing in the Alps with his family in December 2013. Schumacher suffered a head injury and it was so severe that he almost died due to brain damage.

Michael Schumacher with 11-year-old Sebastian Vettel during his early karting days. Not a bad driver to have for some early guidance! pic.twitter.com/3oRlJq4IAn

The only health updates on Michael Schumacher are coming from the medical professionals treating the racing champ and his Ferrari teammates. It is not sure whether Schumacher is really recovering as his friends and family are saying, and here are the latest health updates on the F1 champ.

What happened to Schumacher after the Accident?

Michael Schumacher bumped his head on a rock while skiing in the Alps and he was found unconscious suffering a traumatic head injury. He was first brought to the Hospital of Moutiers via a helicopter and then shifted to Grenoble University Hospital Center for better treatment. Doctors declared him very critical at that point and he was put into an induced coma. Schumacher also went through brain surgery to stop the bleeding in his head.

There were some rumors that the F1 legend has passed away but Grenoble Hospital denied them and announced that Michael Schumacher is alive. The last official update came out in February 2014 and after that, there’s a total media blackout. Although it is said that Schumacher woke up after six months of comatose and his Ferrari teammate, Felipe Massa revealed that he looks normal and is showing some response.

It has been six years since the incident and Michael Schumacher is recovering with his friends and family. There are some claims that Schumacher underwent stem-cell therapy last September but the treatment was no help.

Nicola Acciari, the surgeon who performed the therapy on the F1 legend said that he could not perform miracles and despite being a breakthrough treatment, it has not healed him much. Michael Schumacher is a totally different person now due to his prolonged medication and illness, his health has gotten worse with time. 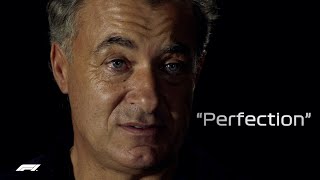