Liverpool FC are trying hard to get Francois Kamano from Bordeaux and it means they will trade their own players out soon. The deal will cost them a lot and some of the stars from Liverpool will be shifted here and there. Even Tottenham is in the race to land the midfielder which makes it more intense. Simon Mignolet is in talks and will leave Liverpool soon to join the Bruges. At the same time, there are rumors of Dejan Lovren joining Roma and Harry Wilson going to Aston Villa in the Liverpool transfer trade deals.

Simon Mignolet has spent 6 years with the Liverpool club as a goalkeeper, and now he is parting ways with them. The Belgium native is finally returning to his home team of Club Brugge in a massive trade deal. The deal amount is currently £6.4 million and can reach up to £8.2 million with additional incentives. It has been a tough time for Mignolet since he was kind of sidelined in the team of Liverpool, and now he has the chance to shine in Belgium team.

Club Brugge have signed Simon Mignolet from Liverpool for €7m.

Liverpool are set to sign free agent Adrian as a backup goalkeeper. pic.twitter.com/pMnRmuJTAB

Dejan Lovren is rumored to join the A.S. Roma club soon and can be on his way out from the Liverpool FC. The Croatian center-back wants to pursue his dream of first-team football, and hence a transfer is on its way. Kostas Manolas from Roma has moved to Napoli, which makes an important position in the team position empty. Loren has also offers from teams such as AC Milan, but he will play for the capital club of Roma.

Harry Wilson is reportedly getting a lot of offers from teams such as Borussia Dortmund, Bournemouth, and Aston Villa. The only problem here is that the Liverpool head will only trade Wilson if someone offers them a permanent deal. The 22 years old is already getting a lot of attention, but the Reds boss doesn’t want to deal him lightly. There is still around a week before the trade window closes and Liverpool will make a decision on Wilson soon. 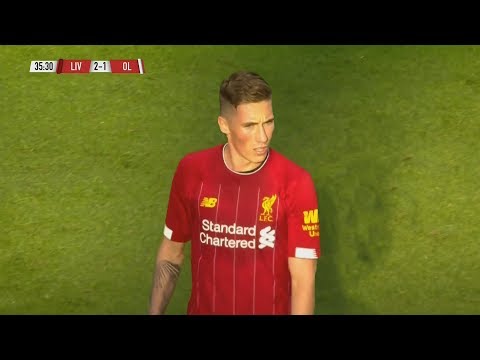