Golden State Warriors are kind of ruling the NBA for the last five years with continuous appearance. Even though they won 2 out of the 5 finals, they have kind of dominated everyone. Los Angeles Lakers are also looking strong for the next season with the pairing of LeBron James and Anthony Davis.

While everyone thinks Lakers vs. Clippers is the next big thing, Lakers vs. Warriors also have huge potential. The latest home of Warriors have been shifted to the Chase Center in San Francisco and it will also be the start of their first game against the Lakers. The scoreboard has predicted a massive victory for the Dubs team in the Lakers vs. Warriors game happening in October.

The Warriors side gave a tour to everyone at the newly built Chase Center stadium which will be used for their next preseason games. There was a massive scoreboard outside which predicted a lopsided victory for the Warriors team. It showed Warriors winning with 132-78 and leading the Lakers with over a total of 54 points.

We can live with this prediction 😂 pic.twitter.com/h1yrR50CTa

The House that Steph and co. Built pic.twitter.com/54neuHHGiv

While it was just shown to how the board works, the Warriors fans are confident that it could soon become a reality. Although it is not sure that something of that can actually happen, it was a nice move to hype up the Lakers vs. Warriors game.

Warriors and Lakers will meet at the new stadium on October 5 for the NBA preseason games. The matches won’t impact the playoffs but can be taken as a trial run for the NBA 2019-20 games. Klay Thompson is said to be recovering fast and make an appearance in the Lakers vs. Warriors game.

It would also be interesting to see how Stephen Curry and D’Angelo Russell play in the same team. The Lakers would also get to know about their strengths when James, Anthony, Green, Howard and other stars enter the arena. Lakers vs. Warriors would be a tough time as both the team are said to be almost equal. 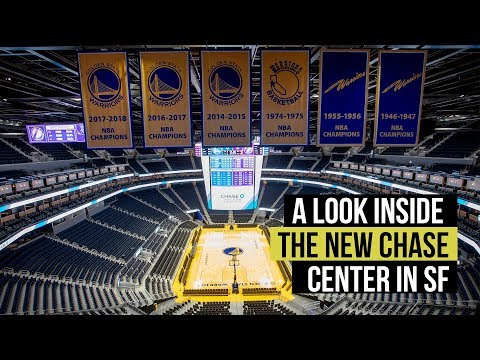