Kobe Bryant’s death has been a very sad day in the history of NBA and every team is shocked after the recent incident. When the New York Knicks and Brooklyn Nets players were informed that Kobe has passed away in a helicopter crash, they started to cry on the basketball court and delayed the game for several seconds.

In aftermath of Kobe Bryant passing away, Lakers/Clippers game Tuesday has been postponed.

Lakers vs Clippers Game is Postponed

NBA has postponed the Lakers vs Clippers game on Tuesday night following the sudden death of Kobe Bryan who was himself a lifelong Laker. Bryant and his 13-year-old daughter Gianna along with a few other passengers died a helicopter crash near the hills of California.

Here is the official league statement on postponing Tuesday night’s Lakers vs. Clippers game in the wake of Kobe Bryant’s death … pic.twitter.com/kGz6iOrcxW

The city of Los Angeles is going through a very tough time and it won’t be possible for them to attend the game and for the players to take part. LeBron James and other Lakers stars are deeply saddened over the incident and have shared emotional messages giving tribute to Kobe Bryant and keeping his legacy alive.

The Lakers team has asked the NBA management to give them some time so they can mourn over the passing of their former teammate and basketball legend, Kobe Bryant. It’s considered a good move from the side of the NBA to understand the concerns of players and postpone the Lakers vs Clippers game.

The NBA has postponed the Lakers-Clippers game scheduled for Tuesday.

"The decision was made out of respect for the Lakers organization, which is deeply grieving the tragic loss of Lakers legend Kobe Bryant, his daughter Gianna and seven other people in a helicopter crash." pic.twitter.com/JThfmvsUHO

It won’t be possible for LeBron James and others to be emotionally stable for a few days and they need time to mourn over Kobe passing away to heaven and leaving them behind. There is no specific date to which the Lakers vs Clippers game has been shifted and there are high chances that fan demands might get it permanently canceled. 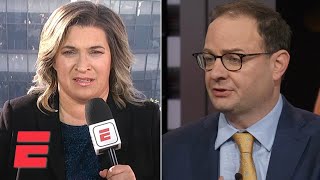