Kobe Bryant, the basketball legend and the former Lakers star has been confirmed dead along with his daughter in a helicopter crash on Sunday in Calabasas, California. Bryant has been one of the most successful Los Angeles Lakers member, who played for 20 seasons, had 5 championship titles, one MVP and also have a record of scoring 81 points in a single game.

The entire sports industry and close friends and families are deeply saddened over this incident and are giving condolences to Kobe and his family. Here are more details on the Kobe Bryant helicopter accident, along with other details of the NBA star such as age, net worth, investigation on death and celebrity sending out their wishes and messages.

Kobe Bryant and his 13-year-old daughter Gianna were traveling in a 1991 built Sikorsky S-76B helicopter which crashed due to foggy conditions in the hills above Calabasas. As per the local police, eight passengers along with the pilot has been killed in the crash.

It is with great sadness that we learn of the death of Kobe Bryant and four others in a helicopter crash in Calabasas. The aircraft went down in a remote field off Las Virgenes around 10:00 this morning. Nobody on the ground was hurt. The FAA and NTSB are investigating.

The official ‘City of Calabasas’  Twitter handle shared the report of aircraft going down in a remote field off Las Virgenes around 10:00 am Sunday morning and no one on the ground has been reported to hurt.

Kobe Bryant was just 41 years old at the time of his death and has passed away at a very young age. The 13-year-old daughter who died with Bryant is named Gianna Maria Onore Bryant and now his wife Vanessa Bryant and their three daughters are the only surviving members in his family.

Kobe Bryan’s net worth is estimated to around $600 million even after his retirement in 2016 from Lakers. FAA and NTSB are carrying out the investigation regarding the helicopter crash and finding out more details on the incident.

Kobe Bryant and LeBron James were very close and even his last tweet was toward James, who has now shared his respect and well wishes for the deceased NBA legend.

Continuing to move the game forward @KingJames. Much respect my brother 💪🏾 #33644

Everyone is deeply shocked over the incident and calling it the biggest loss to the basketball community. Even two of the NBA teams which were playing at the moment took 24-second and 8-second violation to honor him. 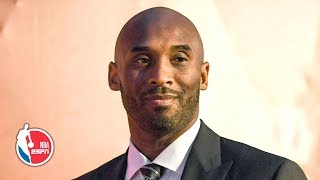