Kobe Bryant and his daughter Gianna has been found dead in a recent helicopter crash this Sunday morning near the hills of Calabasas, California. The basketball legend and former Lakers star was just 41 years old and his unexpected death has sent shockwaves in the entire sports and media industry.

Kobe's death has caused a massive surge in Twitter traffic. Currently there are over 250 tweets per second related to Kobe. This is the highest amount of traffic I've seen on Twitter for an event. Still collecting data. (incomplete data)#KobeBryant #KobeRIP pic.twitter.com/oA15hdh9LY

Everyone who knew Kobe has been sharing rest in peace (RIP) messages on Twitter and the number of tweets has already crossed a million mark. The top trends on Twitter in every region are #RIPMamba and #KobeBryant and the RIP messages have flooded Twitter feeds all over the world.

Kobe Bryant’s death is such a big loss to the entire basketball and sports community that everyone is showing their condolences to his family. The former Lakers legend was honored during the Nets vs Knicks game with his picture and RIP message on the scoreboard.

Even the two New York Knicks took around 32 seconds of violations to honor his name. Grammys 2020 awards also gave a tribute to Kobe Bryant and showed a video giving him respect and well wishes.

#RIPMamba and #KobeBryant hashtags are at number 1 trend over many countries and have crossed over 1.5 million tweets combined. Kobe Bryant himself took the nickname ‘Black Mamba’ after watching Quentin Tarantino’s Kill Bill movie where the snake assassin is known for his agility and aggressiveness.

The impact Kobe had on so many lives in so many ways… unimaginable heartbreak 💔#ripmamba pic.twitter.com/kdQbgjVzVK

Life is so unpredictable! RIP #KobeBryant and Gianna. My condolences with all the families of those who lost their lives in the helicopter crash.#RIPMamba pic.twitter.com/48S5X6wXKk

Celebrities who have met Kobe Bryant has been sharing pictures with the star and are wishing for his soul to rest in peace in heaven. Even the ones who are unrelated to Kobe have been showing their support to the basketball legend. Fans have decided to shout ‘Kobe’ whenever they throw the ball towards the basket. 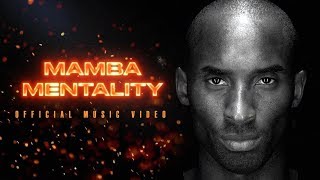