Kingdom Hearts 4 release date is something every fan of the video game series is looking forward to since the previous title launch. Square Enix has yet to announce the next game in the series after Kingdom Hearts 3 DLC has been released in the last year.

The fans of the video game series want to know everything about the timeline and development of the fourth Kingdom Heart game. Here is everything you need to know about Kingdom Hearts 4 release date, gameplay, plot and more updates.

Kingdom Hearts 4 Release Date: When is the New Game Coming Out?

Kingdom Hearts 4 announcement by Square Enix will happen at some point but is too early at this moment. But that doesn’t stop fans from asking questions about the game development and launch dates for the title. Kingdom Hearts 3 was officially announced in 2013 and it took six years as the game was released in January 2019 to the public. Based on the franchise history, it is not that hard to speculate the release schedule for Kingdom Hearts 4.

"WHERE CAN KINGDOM HEARTS GO AFTER 3?!?" pic.twitter.com/5Dg5uJ8WLh

The main reason why the last “Kingdom Hearts” game took so much time was switching the technology to Unreal Engine 4. The co-director Tai Yasue explained that the developers team took some time to adapt and adjust with the changing technology and workforce. There are some reports which claim that Kingdom Hearts 4 can release by 2023 and it will be designed in accordance with the upcoming gaming consoles (PS5 and Xbox Series X) from Sony and Microsoft.

Kingdom Hearts 4 gameplay and plot will open up a new journey for the series and have a fresh new storyline. Many of the gamers thought that “Kingdom Hearts 3” was the end of the series but that it is not true at all. The last game in the series has only concluded Sora’s journey in the Dark Seeker saga, aka Xehanort saga. It means that Square Enix is developing a new plot for Kingdom Hearts 4 which will take the story forward. 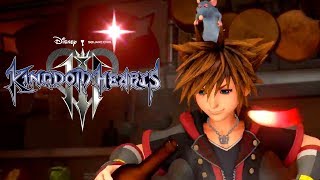