Killing Eve Season 3 is about to premiere soon on BBC America and AMC Network and fans are very excited about the crime thriller series. Emerald Fennell has been hired as the showrunner for season 2 and she has revealed a lot of interesting information about the third season. Fennell in a recent interview talked about Eve (Sandra Oh) and Villanelle (Jodie Comer) teaming up finally and has compared them to ‘Bonny and Clyde’ level of a rampage.

KILLING EVE IS THE BEST 11/10 RECOMMEND

The writer’s room is very excited for Eve and Villanelle pair and the possibility it opens up for season 3 of Killing Eve. Here is everything you need to know about Killing Eve season 3 trailer, release date, cast, plot spoilers and other details including season 4 renewal.

Emerald Fennel described the next season of Killing Eve and talked about the theme of the show. “Haven’t we all craved something, desired something, and the anticipation is the thing. The thing itself is too frightening. Or too decadent or too weird,” says Fennell. She further explained that Villanelle feels disappointing because at the end of the day she and Eve are almost the same person.

Even Eve believes that deep down, but there is a difference that one of them is clearly a psychopath, while the other one is not a kills for a different reason. Killing Eve season 3 will probably focus on Eve and how she feels after killing people, and how she can take a dark turn moving forward in her life.

Killing Eve season 3 might have a new showrunner in the form of Suzanne Heathcote and most of the cast members who are not deal will return to the show. BBC has already renewed Killing Eve for a fourth season even before the season 3 teaser trailer was released. Killing Eve season 3 trailer will most probably release in March 2020 along with a June 2020 premiere date. Here is the confirmed list of actors set to return in season 3 of Killing Eve.

jodie comer on behind the scenes of 'killing eve' pic.twitter.com/Ebw0EUKLel 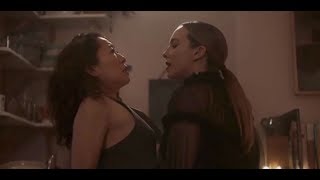