After the mind-blowing season two finale of Jessica Jones, fans are desperate for Jessica Jones Season 3. Netflix has officially announced the return of the show for a third season. The new season is gearing up to be the best one yet for our favorite Marvel character superhero turned PI.

Krysten Ritter said at Comicpalooza that her character has a lot to live up to and maybe we will see her be a bit of a hero. This has all the fans very excited for the new season.

Where did we leave off?

The season two marked the celebration of women empowerment on International Women’s Day 2018. This show has been recognized for being diverse and using a predominantly female cast and crew.

The second season ended with Trish Walker murdering Jones’ mother in the finale. There had been tensions growing between Jones and her sister Trish. Trish’s character became more interesting as she implied that she has gained superpowers.

Who is in the cast?

Krysten Ritter will return as Jessica Jones the main character. With her, Rachael Tayler aka Trish, neighbor Malcolm Ducasse aka Darville, and attorney Jeri Hogarth aka Carrie-Anne Moss.

What do we know about Jessica Jones Season 3?

There has not been a lot released about the upcoming season by the showrunners. However, we do know that it is going to be raw and gripping. It will not be afraid to tackle issues like PTSD and sexual violence. Which might get overlooked by the masculine Marvel world. However, we understand that there might be a new villain in town. Jones’ sister Trish might be making her debut as the infamous ‘Hellcat’.

When will Jessica Jones Season 3 release?

The Jessica Jones Season 3 was confirmed by Netflix in April 2018. The filming of the third season is set to begin in June. Jessica Jones season 3 is expected to release somewhere between mid-late 2019. There has been no official date set as of yet by Netflix. 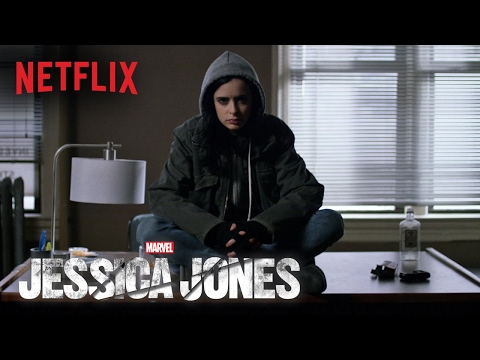 UPDATE: Netflix has confirmed that while The Punisher Season 3 has been cancelled, Jessica Jones will continue to air. No official release date has been provided though.