Jack Ryan Season 3 production and filming will start soon as the script for the Amazon original show based on Tom Clancy’s novels is being written. But based on the events of the last season, one could easily guess what lies ahead in the future of Jack Ryan. It is known that Jack will visit several countries in the third season for more international missions and for that, he will need new allies and partners.

James Greer (Wendell Pierce) is the partner of Jack Ryan (John Krasinski) till now but that will change in “Jack Ryan” Season 3. The fellow officer will get promoted and now resort to office work as he was almost killed in his last mission. Here is more information on Jack Ryan Season 3 release date, episodes, plot spoilers and the new cast members that will play partners to Jack on field missions.

Jack Ryan Season 3 Plot Spoilers, Cast: Jack will have New Partners in his Next Mission

Jack Ryan would like to go solo on his next mission but the higher authorities won’t allow that as he is too reckless. Mike November (Michael Kelly) from the second season of Jack Ryan will most probably be back to assist Jack as they have formed a good partnership. There are also reports that several new faces could be cast to keep it interesting in Jack Ryan Season 3 and it also goes in line with the books.

Time to partner up. Which #JackRyan operative would you choose? https://t.co/4Wu5j9WUpf

Noomi Rapace (Harry Baumann) could also come back for the next installment as she and Jack were more than just partners. Jack Ryan Season 3 will have old villains teaming up to take revenge against Jack and it means certain allies will also return to help.

Jack Ryan Season 3 release date in late 2020 looks almost impossible given how even the scripts are not ready. John Krasinski himself is working on the scripts with the new showrunner Vaun Wilmott after Paul Scheuring dropped out. It is why the third installment is largely delayed and based on the production schedule, it will easily take around a year to complete. The earliest Jack Ryan Season 3 could stream on Amazon Prime Video is around February 2021. 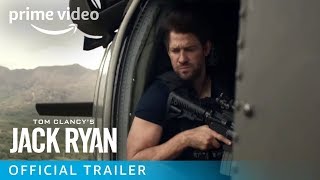