Jack Ryan Season 3 is under works and most of the story details are kept under wraps but it won’t stop fans from speculating. Based on season 2 of Jack Ryan, we could expect a few changes in the cast and also a new partner for Jack. James Greer (Wendell Pierce) has been the main partner of Jack Ryan (John Krasinski) for the first two seasons, but it will change after the former was almost killed and will be retired/promoted to a desk job.

But Jack Ryan Season 2 introduced a new character, Mike November (Michael Kelly) who helped Jack on the missions and also stopped him from being a killer. There are high chances that Mike November becomes the new partner for Jack in the third season. Here are more details on Jack Ryan Season 3 release date, cast, plot, spoilers, rumors and new team up in the Amazon Original show.

Jack Ryan Season 3 will have a bigger role for the character of Mike November played by Michael Kelly. The makers of Jack Ryan series have talked about the friendship between Jack and Mike, which was built over the second season and how they respected each other. The bond was special and Mike helped Jack in being Jack and not lose his humanity.

Instead of another season of Jack Ryan, world’s dumbest CIA analyst, could we get a spin-off with Michael Kelly as Mike November? pic.twitter.com/bXEnKgJY9x

For those who don’t remember, Jack wanted to kill Nicolas Reyes (Jordi Molla) in season 2, episode 8, but Mike advised him not to take the shot. With James Greer having a limited role in the third season, fans could expect to see Mike November getting a bigger role. Jack Ryan Season 3 could also bring some familiar faces as some of the old villains could return to take revenge from Jack.

Jack Ryan Season 3 script is currently being written by John Krasinski and the new showrunner Vaun Wilmott and they are on a tight schedule. The Amazon Prime Original series won’t premiere until 2021 and now with the Coronavirus pandemic, it might get delayed further. Every movie and TV series is pushed back over the fear of Coronavirus outbreak and it could get a lot worse, it the infection is not contained soon. 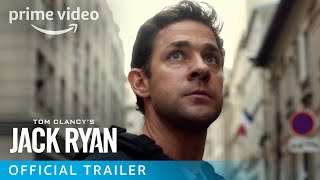