Manny Pacquiao, following his win over Keith Thurman, has hit a truly legendary status in the world of boxing. Having been around since the 90s, the Pac Man has built a cult following around himself – and is finally expected to retire from the sport. However, a retirement from boxing doesn’t mean Pacquiao’s going to be out of action! Rumors indicate he might be joining WWE after that.

However, will Pacquiao be an actual wrestler in the company? Also, what are his retirement plans looking like? Let us find out:

What if Floyd Mayweather Jr. says to Manny Pacquiao: "Ok Manny, one last time, let's do it. Then we both retire?"

Pacquiao to Retire After One Last Big Fight?

Manny Pacquiao is arguably the biggest name in boxing right now. His retirement will most likely be a big fight and not ‘just another match’. It is likely that he might challenge a high-profile name such as Floyd Mayweather to return from retirement and face him one last time. However, there’s also a possibility of a rematch with Keith Thurman.

Another name that has been making rounds is that of Amir Khan. However, Khan isn’t ‘huge’ enough for Pacquiao to give his retirement match to him. It will be interesting to see who the Pac Man chooses for his final bout.

Word is, that Manny Pacquiao might just be joining WWE after he retires from boxing. However, the Pac Man will not be an active wrestler in the promotion given his age – but he will most likely play the role of an on-screen manager, or a behind-the-scenes ambassador for the company! His addition will give a big boost to WWE nevertheless. 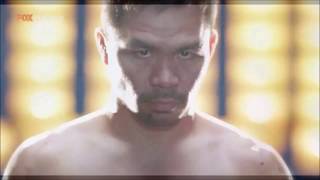