Apple tries to focus pretty much every product of theirs on the ‘premium’ branding. However, at the core of its operations, Apple also knows that the budget markets form a major chunk of the smartphone business. Hence, the iPhone SE 2 will be an effort from Apple to tap at the budget markets once again.  Let us take a closer look at what to expect from this gen-next budget smartphone from Apple.

Current indicators point at the fact that this gen-next iPhone SE smartphone will feature an A11 chip, and will sport a bezel-less display along with a notch. The size of the display would be pretty similar to the screen that we have on iPhone 7. The phone won’t feature a headphone jack either, in-line with Apple’s design policy of late. The phone is expected to come out in variants of 32GB and 128GB.

iPhone SE 2 will also feature iOS 13 and is going to get all the latest updates for several foreseeable years. The phone will have only a single camera on the back which would be at par with the one on iPhone 8.

Is anyone knowns when release Apple iPhone se 2? 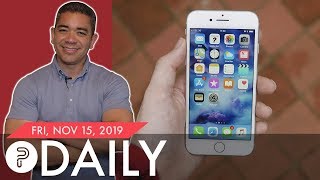