Assassin’s Creed is widely known for being an incredible, fantastic game series that allowed us to play through various times in human history. With that in mind, ever since the first Assassin’s Creed was released in 2007, we have had a lot of games in the series. For some people, it can be tough to narrow down just how many of these games are out there.

How many Assassin’s Creed titles were released?

Up until the time of this writing, there were 12 games released in the main Assassin’s Creed series. A new game called Assassin’s Creed Mirage is set to arrive in 2023, making it the 13th game in the series. And aside from that, we know of at least 2 more games that were announced last year. So as far as we know, we will have 15 games in the series in 2025-26.

That goes to show the popularity of the games and how much people have thought about the series. There are also the Chronicles series with 3 games in it, those are separate, but if you want to add them to the pile, we have 15 Assassin’s Creed games right now!

What Assassin’s Creed games can you play?

Read more:  Coronavirus Death Total Numbers are Much Higher than Official Reports as per Medical Experts

Why should you play games in the Assassin’s Creed series?

The reason is simple, Assassin’s Creed has always been a series that tried to combine modern time stories with the ability to explore historically significant events and times. We were able to see ancient Rome and ancient Greece, but also colonial America, as well as ancient Egypt, revolutionary France, and even industrial London.

This game series might not have massive historical accuracy, but it still allows us to explore these historical playgrounds in their glory. That makes it incredible, and people are bound to enjoy it nonetheless. 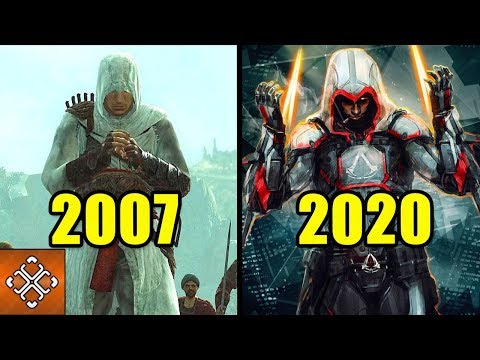