GTA 6 has been rumored for quite some time, and there were many exciting things that people were saying about the new game. However, due to a massive leak confirmed by Rockstar games, GTA 6 seems to have a lot of cool things in store for us.

We will have 2 protagonists.

There has been a Bonnie and Clyde theory online, and the images leaked by hackers seem to confirm this. We saw images and clips with 2 protagonists, and we will say that now we have the first female protagonist in the series. It’s fascinating since it adds a new layer to the gameplay. It does seem that character swapping will be identical to the previous GTA.

The location will be Vice City, Miami. What’s quite interesting is that the game is set to be much larger even than the previous GTA game. There were rumors that the game would be set in Europe and feature 3 cities. Since the new location is in the US, we still expect to explore multiple cities and a large area.

It might be on the PS4 too. What’s very interesting here is that the game might end up being on the PS4 as well since one of the videos released does show the PS4 dashboard. Even if that’s not confirmation, it’s still interesting to see how they will release the games on older consoles.

We can expect some other exciting features. For example, some new animations might end up bringing in their fair share of exciting ways to play. Additionally, we see a dialog system revamped and improved quite a bit, which is an exciting option.

People have incredibly high expectations from GTA 6 for a very good reason. Every entry in the series has been iconic, so we expect a lot from this game. With that in mind, having a duo as the main characters, the Vice City setting, and all the numerous new features add to an exciting experience. Hopefully, the game will be able to live up to the increasingly high expectations, and we will be able to play it soon. Most rumors suggest that GTA 6 will arrive in 2025 or around that time. 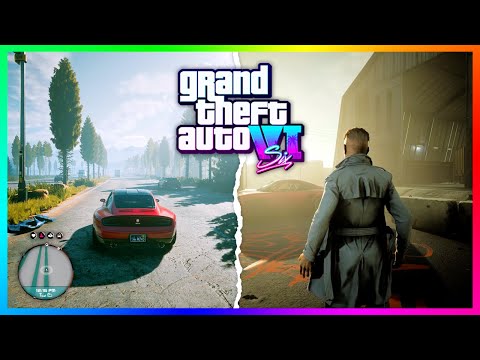