Google Pixel 4a leaks are coming out and the affordable version of Pixel 4 and Pixel 4 XL will have some cool new features even better than the main flagship devices. There are many sites posting leaks about the looks, features and renders for Pixel 4a on the social media platforms.

The tech experts were quick enough to notice the differences between Google’s upcoming budget smartphone and the already launched flagship devices. The front camera and design of Pixel 4a are said to be better than Google Pixel 4 and 4XL. There are also reports coming out for Google Pixel 4a specs, features, price and release date.

Pixel 4a Design and Camera Features

Google Pixel 4a is predicted to feature a punch-hole camera in the front instead of additional bezels at the top to accommodate the camera lens. It seems that Google has finally listened to their users and is catching up with the design trend popularized by Samsung Galaxy smartphones.

This Pixel 4a leak looks like a Pixel on the back and Galaxy S10e on the front 👍 pic.twitter.com/krQBnl51S9

The pixel 4A!!!
Looks better than the Pixel 4 pic.twitter.com/HQtsxJbSVH

While the Google Pixel 4 and 4XL have bulky top bezels as compared to side and bottom, Pixel 4a is a much better upgrade over an uneven design that fans didn’t want in their smartphones. Pixel 4a is said to be cheaper phone whose design is compact and looks way better than the original Pixel 4 series launched just a few months ago.

Google Pixel 4a will feature the 3.5 mm headphone jack which a majority of smartphone users need for their earphones but Apple and other companies have started to remove them so that sales of their earbuds increase. The Pixel 4a will have inferior features and specs in comparison with Pixel 4 such as the 3D face unlock option as there is no notch for the required components.

Also, the Pixel 4a would most likely feature a single camera instead of a dual-camera on the rear side with a less powerful lens. Google has not announced anything officially but Pixel 4 is said to release in May 2020 at a price of $399, which is in-line with the launch of Pixel 3a last year. 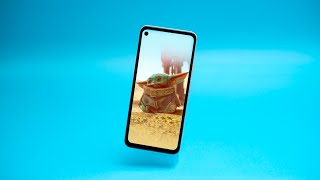