Google Pixel 4 and Pixel 4 XL are all set to launch in just a couple of days from now and excitement among the fans of these smartphones is at an all-time high. These are the apex Android smartphones and set the path for all the other Android devices to follow! This year, however, Google has apparently decided to follow Apple in a big way as it introduces the triple-camera setup in the exact way it has been laid out by the latest generation of iPhones!

Let us take a closer look at both the upcoming Pixel smartphones and see what the difference between the two of them is.

I tried turning my iPhone 11 into a Google Pixel and…….. It didn't work 🤣 so I'm ready for the Pixel 4 XL to make landfall. At the end of the day nothing beats the Google Ecosystem. Productivity is the name of the Google game. #teampixel @madebygoogle

Google’s regular-sized Pixel smartphone is expected to come out with a display of 5.7 inches while the XL version of the fourth generation Pixel phones would feature a 6.3 inched display. Gone are the bottom and side bezels but the top will still have a slight bezel. Mercifully, there won’t be a notch this time. Both the phones will be powered by the Snapdragon 855 processor and will come with 6GB of RAM.

The camera specs are also the same for both these devices. 16MP+12MP cameras along with a telephoto zoom in the back. These phones will also feature dual 8MP front cameras as well as a facial recognition sensor. When it comes to Google Pixel 4 vs Pixel 4 XL, battery life makes a difference – the regular version will come with a 2,800mAh battery while the XL variant will offer a 3,700mAh battery.

But we already know all about the Pixel 4… pic.twitter.com/ZVTTsQ0ol5

Google Pixel 4 as well as Pixel 4 XL, along with a 5G variant of these devices will launch on the 15th of October at the ‘Made by Google’ event. In addition to these two phones, Google is also planning to launch their latest-generation Pixel earbuds as well as a pixel tablet or a laptop! 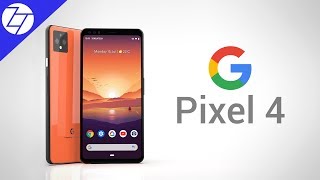