Google Pixel 4a release will happen this year as the budget variant of the Pixel 4 series is slated to come out around 6 months later. The search engine tech giant launched Pixel 4 and Pixel 4 XL last year but they were received badly due to a lot of issues. The battery life was poor, 90 Hz display screen had several problems and soli radar doesn’t work in every country.

Google has made sure to solve every error and provide a better smartphone this year in the form of Pixel 4a. There have been new Google Pixel 4a leaks that show improvements in camera, design, battery life and also the addition of 3.5 mm headphones jack.

Google Pixel 4a won’t have the high-end specs as compared to regular Pixel 4 but it will surely improve over other areas. The dual front camera used for face unlock will be replaced by a hole-punch cutout selfie camera in the Pixel 4a smartphones. The Pixel 4a will also address the issues of thick bezels and will reduce the screen borders from every side.

Google is also planning to bring back the traditional fingerprint sensor on the back along with 3.5 mm headphones jack in the Pixel 4a series. In terms of processor, the Pixel 4 will have a mid-range Qualcomm Snapdragon processor, 600 or 700 series model and only 64GB of non-expandable internal storage. While the specs and features of Pixel 4a are not that amazing, it will be enough to increase the battery life and solve other issues.

Google Pixel 4a release date should happen somewhere around in May 2020, just like the Pixel 3a which was released last year. There are also reports that the Pixel 4a launch might get delayed due to the Coronavirus outbreak, but nothing of that sort could happen as Google is known to have online launch events in form I/O developer conference. As for the price, Google Pixel 4a could be sold at $499 for the base model. 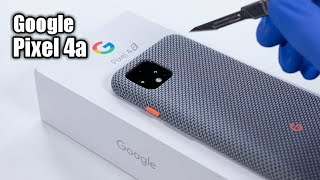