Google Pixel 4a is gearing up for launch and with that rumors about the budget-friendly Pixel smartphones are arriving on the internet. The tech giant is planning to come out with an affordable version of their recently launched flagship phone, Pixel 4 and it will be termed as Pixel 4a just like the last time. Google executive Mario Queiroz has already hinted about the budget Pixel device and revealed that the company is planning to introduce high-end smartphone features into affordable handsets.

Cosmos aligned. We'll be back at Shoreline Amphitheatre in Mountain View for this year's #GoogleIO on May 12-14! pic.twitter.com/3bZqriaoi1

“While not everyone can spend $1,400 on a phone, many of the users want to experience and we are coming up with something for them,” said Queiroz. Here are more details on the Google Pixel 4a leaks and rumors hinting about features such as thinner bezels and rear-mounted fingerprint sensor.

Google Pixel 4a is very similar to Pixel 4 in appearance in terms of design but there are still a lot of differences between the two smartphones. The Pixel 4a will have very thin and narrower bezels compared to the latest flagship and will most probably miss out on the support for gesture control using Project Soli-based Motion Sense tech featured in Pixel 4 devices.

Made my own mobile device, inspired by the newly leaked Pixel 4a. 📱 #Roblox #RobloxDev pic.twitter.com/Io8TDXYMUm

Pixel 4a is rumored to have a 5.7 or 5.8-inch display, which makes it a little larger than the previous budget Pixel 3a’ having a 5-6-inch display. Also, the camera layout of Google Pixel 4a is similar to the Pixel 4 camera, but it might just have one camera and flash as opposed to dual rear cameras in the flagship.

The Pixel 4a leaked renders show a 5.81-inch display with a punch-hole for the front selfie camera. As opposed to Pixel 4, Google Pixel 4a will have fingerprint sensors on the backside of the device. Pixel 4a leaked descriptions says that the smartphone’s body will be built with polycarbonate or plastic unibody instead of glass to save the cost, the same strategy has already been applied for Pixel 3a last year by Google. 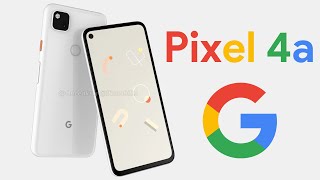