God of War sequel could be in works and will be announced soon at the rumored Sony PS5 unveil event next month. Several reports are mentioning that God of War 5 would be revealed to the world at the venue where Sony shares the first look of its upcoming gaming console PlayStation 5. Santa Monica Studio is obviously working at the next sequel for God of War given the gaming franchise has been a massive hit.

God of War Director Cory Barlog has recently hinted some story details for the game giving rise to speculations that the next installment of the game could be launched at the Sony PS5 event. Here are more details on God of War sequel release date, story, characters and possibility of first look unveil at Sony PS5 event.

God of War 5 is always rumored to be a Sony PlayStation exclusive since all the previous games in the series are made especially for Sony consoles. There have been rumors that Sony PS5 will be released with several exclusive games including GTA 6, God of War sequel and more.

Sony has been quite secretive about their upcoming next-gen console but they have to keep it up with Microsoft who revealed their Xbox Series X at the recent Game Awards. Everyone is more excited about the Sony PS5 launch event and it is why they could also reveal a trailer or teaser for the next God of War sequel to generate more hype about their console and how smooth the future gameplay will look on their device.

God of War storyline is something which makes it better than other games and every entry in the series has amazing with exploring Greek mythology. Cory Barlog, the director of God War at Santa Monica Studios has said that the next title could revolve around Kratos meeting his future wife Faye.

Feels good to be back in the suit.💪 @SonySantaMonica pic.twitter.com/JlfnZB1r8Q

Further, God of War sequel is in works can be confirmed by the recent photo of Santa Monica Studio’s narrative animator Kim Newman in a motion capture suit hinting that the game has entered production for mocap and dialogues. It simply means God of War 5th sequel release date is not far away and fans could expect a trailer very soon. 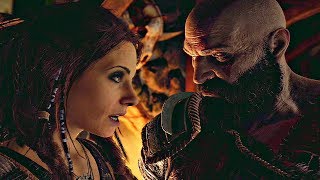