God of War 5 is one of the most anticipated games that fans are really excited to play. The last installment in the series was amazing and even won “Game of the Year” along with several major game awards. Santa Monica Studio and Sony Interactive Entertainment (SIE) will develop the next God of War sequel and it is kind of confirmed despite any official announcement.

Kratos and Atreus will once again return in the Norse mythology battling Thor and bringing Ragnarok in the fifth God of War game. Here is everything you need to know about the “God of War 5” release date, story, gameplay, rumors and other updates.

God of War 5 is yet to be confirmed officially by Santa Monica studios but there are other reports which prove that the game is in works. It makes sense to start working on the next installment in the GOW series as the franchise is too popular and the developers need to make sure every new entry is better than the last one.

The recent job listing at Santa Monica studios hints that God of War 5 is in the motion capture phase as they are looking for female actors with good sword skills. While there is no fixed timeline to the game production, God of War is rumored to be released somewhere around in 2022 which gives the developers enough time for such a massive project.

God of War 5 director Cory Barlog has teased the upcoming game via a series of tweets where the first letter of each tweet spells as “Ragnarok is Coming.” Ragnarok is the end of times in Norse mythology where Kratos and Atreus will trigger the apocalypse.

It was revealed at the end of God of War 4 that the real name of Atreus in Loki which hints that there is more to Kratos’ son that we know. Thor also came to challenge Kratos in the end and fans can expect a big battle between the two powerful warriors. Kratos vs Thor will be the highlight of God of War 5 story and the end of it will bring Ragnarok and end everything. 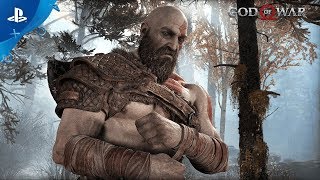