Game of Thrones season 8 episode 2 is up for next week and we can’t keep calm. The first episode of the eighth season of GoT started with a pretty big bang.

The White Walkers will take another stop

We know that the Night King left a message for the living when Ned Umber was found pinned to the wall. Things got worse when he let out a deadly scream and Beric Dondarrion had to burn him. So, we know that he is definitely coming to Winterfell. The battle of Winterfell is supposed to happen in the third episode. In Game of Thrones season 8 episode 2, we can expect the Night King to lead his army to the West before he reaches Winterfell. Deepwood Motte is located in the West, where Robett Glover is in hiding.

That would block another exit for the living as the Night King would control every land from the Wall to Winterfell.

In the ending moments of the first episode of Game of Thrones season 8, we see Jaime arriving in Winterfell. He gets off from his horse and sees Bran. And the memories come rushing back. This was the reunion we have all been waiting for. Jaime probably thought that Bran was either dead or missing. Hence, the expression. Plus, Bran had mentioned that he was waiting for an ‘old friend’. This means he knew that Jaime was coming and also, he had forgotten the terrible accident which made him this way.

Bran is looking out for the bigger picture, so he does not care about trivial issues. His only motive is to stop the Night King. Jaime does not have many friends in Winterfell. He has betrayed Cersei and come to fight the army of the dead. But he is not welcome here. First, there is Daenerys, because he killed her father and also tried to attack her back in ‘The Spoils of War’. The Starks were already in loggerheads with the Lannisters, ever since the first season.

And this is where Bran will emerge as the hero who will protect Jaime from all of this. In Game of Thrones season 8 episode 2, he will probably convince everyone to forget the past and focus on the battle.

Of course, she doesn’t handle it well. What did you think?! Jon Snow is practically incapable of keeping a secret or lying. The situation in Winterfell is already pretty tense. Jon Snow left as the King in the North. But, he brought back Daenerys Targaryen as the new Queen of Winterfell. Plus, his family and subjects are not too happy about having Dany as the Queen. So, this would be a very bad time to reveal this secret to her.

Read more:  OnePlus 7 Pro, 5G and every rumour or leak that makes sense

But, knowing Jon Snow, he would probably do it in a jiffy. Daenerys would not take this well. First, she would realize that they are related and cringe from the thought that she had slept with her nephew. Second, she has spent years overcoming obstacles to build this army and take back the rightful throne. So, yes, she will be pretty disappointed and upset about it in Games of Thrones season 8 episode 2. 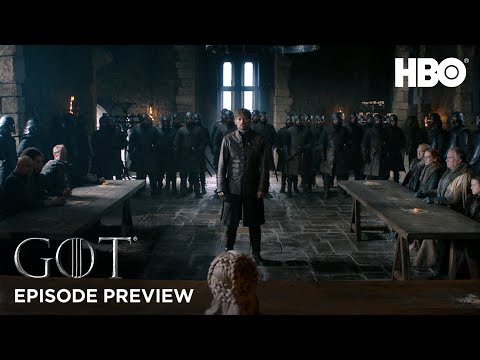