Frozen 2 online streaming will be available very soon as the Disney movie is going to release on digital and home media. The sequel to Frozen was released in November 2019 and it was a massive success collecting over $1.4 billion over the box-office.

"is that frozen you're looking at on your phone?" 😳🙄🙃 #Frozen2 pic.twitter.com/mYAqaWQpZZ

Fans who missed watching Frozen 2 in theaters have been eagerly waiting for the movie to be released online so that they can stream it legally. Also, a lot of the Disney Plus subscribers are eagerly looking forward to Disney including Frozen sequel in their catalog. Here are more details on Frozen 2 DVD, Blu-Ray, Digital HD, etc release date and the timeline for Frozen sequel to come out on Disney+ streaming service.

Disney usually takes around 2 to 3 months of time to release their movies on the digital platform. It means we will be soon getting Frozen 2 release on home media and other movie streaming services. Frozen 2 digital release has been announced for February 11, 2020, on platforms such as iTunes, Google Play Movies, Youtube movies, Vudu, etc. and other such services.

Whereas fans have to wait a bit more if they want to purchase the physical copies of Frozen 2 as the sequel to Elsa and Anna’s story will be released on February 25 next month 4K, DVD and Blu-Ray.

Frozen 2 on Disney Plus will be coming out soon but not with the digital release dates as there are other reasons involved. Disney makes a lot of money when people rent their movies from other services, but Disney+ streams won’t earn them that much of revenue.

Hence, Disney is now releasing their movies around 7 months after the theatrical release on Disney+ so that they can get the maximum profits. While the first Frozen movie is already streaming on Disney Plus, Frozen 2 will be available in the catalog around June 2020 or later. 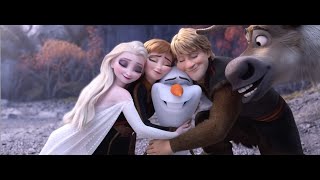