Friends Reunion special episode could be canceled over the cast having issues over the script and direction as per some new rumors. The much-awaited reunion of the Friends TV series is finally happening after so many years as HBO Max streaming service is coming out this year.

Jennifer Aniston, Courtney Cox, Matthew Perry, Lisa Kudrow, Matt LeBlanc and David Schwimmer agreed to appear in the “Friends Reunion” after much negotiation and getting around a total salary of $3 million each. But it looks like there might be some more troubles as the Friends Reunion cast have bee fighting with each other. Here are more details on Friends Reunion cancelation rumors and the truth behind it.

Friends Reunion on HBO Max has been confirmed and all the members of the original cast are coming together to generate ideas for the show. There are reports that the cast is having inside feuds and some of the cast members are not happy with their roles. David Schwimmer thought that he will be directing the “Friends Reunion” special episode and was really upset when he found that it was not the case. The actor was so hurt that he stormed out of the meeting room when he heard that they hired someone else as a director.

One of the other actors that is not happy with the production is Matthew Perry as he wants the Friends Reunion script to be rewritten. Perry was an integral part of the script editing process during the earlier days and the actor believes the new script for Friends Reunion episode can destroy the magic of the original series and leave fans with a bad taste.

Jennifer Aniston and Courtney Cox are also having a fight to appear together in the Friends Reunion special episode. There are rumors that the whole Reunion of Friends episode can be canceled as it is too difficult to handle the show. But there is nothing like that as all the rumors have been debunked.

The production for the show is going smoothly and all the cast members are happy with each other. Although, Friends Reunion delay could happen due to the Coronavirus pandemic as all the studios have shut down the production. 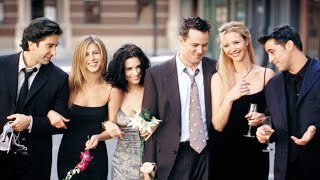