Final Fantasy VII was a huge success for Square Enix and its remake will surely bring some memory back.

Square Enix has announced that a game called Final Fantasy VII: Remake is in works since 2015 now it is highly possible of seeing the launch in few days.

The new trailer released by the developer showcases the new and improved combat system which has intrigued a lot of players.

The recent trailer of Final Fantasy VII: Remake has quashed out all the rumors that have hinted towards a turn-based combat system.

Interestingly, a statement of the director of game Tetsuya Nomura is not helping in clearing the blurred viewpoints on the game’s combat system.

AndroidCentral reported that Tetsuya Nomura said that the reimagining of the combat system will not be a pure real-time action.

Rumors suggest that the developers are exploring the option of a mix of turn-based and real-time combat.

What to expect from the storyline of Final Fantasy VII: Remake?

From whatever, we are able to gather from the trailer it looks like that the story will be centered around Hero Cloud Strife. 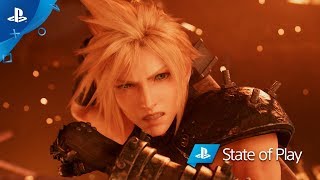 It’s a classic story in which his arch-nemesis Sephiroth is hell-bent on ending the world and he had to stop him. We also get a look at our hero’s love interest called Tifa.

The developers have cleared that the remake will not be shot to shot remaster and alterations are possible.

The original Final Fantasy VII rose to popularity due to the way it handled the storyline and its character development. The remake will also follow the same formula.

Developers have revealed that the Game will follow the Episodic launch. Notably, the developers have kept the plot structure a secret.

The game is rumored to be a PS4 exclusive and it can arrive sooner than expected.

The speculations hint that Final Fantasy VII: Remake will drop by the end of 2019. However, since there has been no official release date confirmation, this time is frame is just that – speculation.