Released by DC Universe, Doom Patrol Season 1 Episode 14 promo is titled ‘Penultimate Patrol.’ The promo speaks about the team entering the Nobodyverse to save The Chief. See for yourself right here:

Re-imagining of one of DCs most loved Super Heroes, Doom Patrol is a series about the outcast Super Heroes: Crazy Jane, Negative Man, Robotman and Elasti-Girl, led by a modern-day mad scientist, Dr Niles Caulder aka The Chief. Each of the members of Doom Patrol suffered horrible incidents that left them scarred and disfigured but gave them superhuman abilities.

The team was left oppressed and traumatized until they found the purpose of the superhuman abilities through The Chief. The Chief brought the Outcast Super Heroes together to conduct an investigation on the mysterious phenomena. They must protect the earth with whatever they find.

Doom Patrol is a combination of a superhero team and support group. It is a squad of super-powered deviants who tirelessly fight for a world that has nothing to do with them. Doom Patrol will witness the presence of these reluctant heroes in an unexpected place after they have picked themselves up post the events of Titans.

Doom Patrol’s super heroes are called to action by the Cyborg. Cyborg approached them with a mission hard and a warning. Both just a tad bit difficult to hang in the air. Their lives will not be the same again.

If this does not sound intriguing, I don’t know what will make heads turn after Avengers: Endgame. Clearly, MCU Phase IV movies are not the only thing that’s going to shape our experiences. 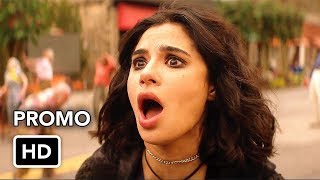