Diablero Season 2 will be arriving soon on the Netflix as the Mexican horror and drama series garnered a lot of attention when it released around a year ago. ‘The Devil made me do it’ in local regions is about the Good vs Evil battle based on Francisco Haghenbeck’s novel titled El Diablo me obligó in Mexican. The second season f Diablero has already been renewed by Netflix and will be premiering on the streaming service in the start of 2020.

Diablero show is just like the CW series Supernatural and it features three main cast members, Father Ventura (fallen priest), H.G. Rojas (legendary demon Hunter), and Giselle Kuri (superhero). The trio drives across Mexico and saves the ordinary citizens from a raging war between angels and demons. Fans will get to see more of the powers and on-screen chemistry of the actors in Diablero season 2 as new threats emerge out of the shadows. Diablero 2 will have more of monster-hunting action and saving humanity from demonic possession. 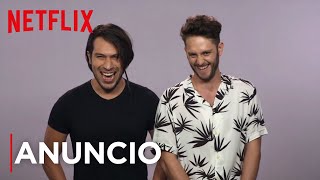