Detective Pikachu 2 movie should definitely happen given how the Pokemon movie changed the entire genre. It could be considered as one of the first successful video game adaptation which paved the way for other movies like Sonic and more. Ryan Reynolds as Pikachu was the biggest surprise in the movie and even the other stars Justice Smith and Kathryn Newton did a great job.

Every fan is looking forward to the Pokemon: Detective Pikachu sequel and the cast members have shared some important details on the film. Detective Pikachu 2 release date is yet not confirmed as the sequel is not even announced yet, but as per the stars, the second part of the Pokemon movie will hit the theaters very soon.

Detective Pikachu sequel possibility was asked to one of the main stars, Justice Smith who played the role of Tim Goodman in the first movie. Smith said that he doesn’t have any specific information about the movie but he is hopeful that the Pokemon sequel will surely happen. The actor was on tour for promoting his upcoming Netflix movie “All the Bright Places” where he revealed the possibility of Detective Pikachu 2.

Smith was saying that he has not been updated on the matter, “I have no idea, but I’m keeping my fingers crossed.” But his Netflix co-star Elle Fanning responded by saying that Smith is just being secretive and he doesn’t want to reveal any information about the second Detective Pikachu movie. 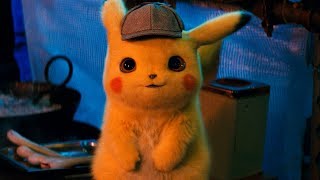