NBA free agency 2019 has started and there are a lot of players which are yet to be traded. One such names include DeMarcus Cousins who has changed his team several times due to forced reasons. Now that Cousins is a flourished player and has proved his worth by playing for the Golden State Warriors, there are a lot of takers for him.

From the years 2010 to 2017, DeMarcus Cousins was an integral team member of the Sacramento Kings. He played a lot of matches for the Kings and even made them victorious in most of them. But when Cousins needed the support of his team, he was wronged by the Sacramento Kings. During the NBA season 2017-18, Cousins was traded out to the New Orleans Pelicans team for a minimum deal offer.

Knicks will consider offering DeMarcus Cousins a one-year deal if they fail to sign KD, per @TheSteinLine pic.twitter.com/gmnoerb60Z

While playing for the Pelicans, he injured his left Achilles and was out for surgery. At that time, Cousins expected that either the Kings of the Pelicans would sign him, but none of them cared. Finally, Cousins decided to move to the Golden State Warriors for a minimum deal of $5.3 million as a midlevel exception.

After coming to the Warriors team, DeMarcus Cousins proved his worth to the world that why he has won so many medals. Although he again suffered from a quadriceps injury, Cousins made a comeback in the finals against the Raptors.

The Boston Celtics are meeting with Demarcus Cousins. #NBA

With Kevin Durant moved on to the Brooklyn Nets, the Warriors can’t afford to lose more players. The Warriors will most likely offer a better contract to Cousins so that he stays in the team. But all of that depends on how well he plays after his injury. Still, there are a lot of other teams who are interested in free agent DeMarcus Cousins. 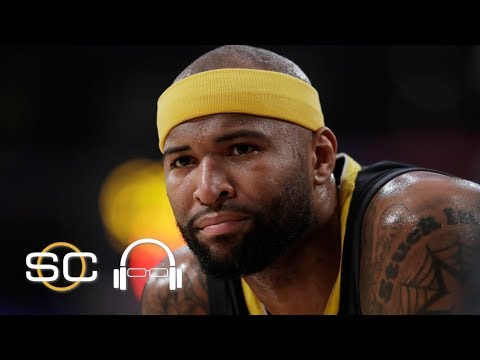