Deadpool 3 is under works and it could be the first Fox property that gets released after the merger with Disney. Ryan Reynolds himself confirmed last month that Deadpool 3 is happening and Kevin Fiege himself will supervise the project for Marvel Studios.

Can #Deadpool3 still be R-rated when released by Disney? #Deadpool screenwriter explains why it "absolutely" can: https://t.co/ikPpg96q0G pic.twitter.com/qsnw0eiuja

There are so many questions that need to be answered which include Avengers continuity, X-men cameos, R-Rated or PG-13 rating of the third Deadpool. It is why certain rumors are suggesting that Disney could be releasing Deadpool 3 under the Fox banner to keep the R-rating for the Deadpool threequel.

Deadpool 3 release date is not out officially but given the movie is under works and it didn’t take much time for the last two installments, it won’t be that far away. There are some rumors saying that Ryan Reynolds starer Deadpool 3 could come out in theaters in the second half of 2021. It means Deadpool 3 trailer is also not that far away and fans could catch the first glimpses of the unkillable mercenary around the end of this year.

Deadpool is all about having cameos in a funny movie, the first movie snubbed about the lack of X-men, while the second one had all the X-men hiding from Wade. There is amazing chemistry between Ryan Reynolds and Hugh Jackman, and Wolverine is also known to team up with Deadpool on several occasions.

It won’t be a surprise if we get to see Jackman-Reynolds in some sort of way in third Deadpool. There are also reports that Marvel wants cameos from several X-men in Deadpool 3 as they have big plans for the mutant characters later down the road. The script for Deadpool 3 is in early development, although it is kind of confirmed that the story will introduce the X-force characters.

Disney will no way release an R-rated Deadpool 3 movie under their own banner given how they tried to come up with PG-13 version of Deadpool 2 which didn’t do that well at the box-office. The production house knows that Deadpool will only work with excessive violence and hence the only possible way is to change the banner to Fox studios. Since Disney owns Fox studios now, it won’t be an issue releasing Deadpool 3 under its name and the same could be done for every R-rated movie in the future. 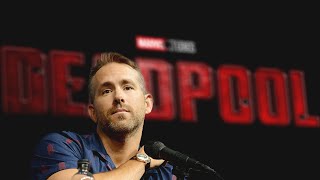