Sometimes, being a parent makes you feel like you have superpowers you didn’t know you had until you need to use them.

Just ask Shaun Cunningham, who went into “Dad mode” when a baseball bat went flying toward his son Landon’s face at a Braves-Pirates game.

The 8-year-old was excited to see his favorite team play and was taking pictures when the bat flew into the stands.

I didn’t have a lot of time to think,

Once I realized it was headed for my son, I just did anything I could to block it and deflect it.

But what’s most surprising is how other people in the crowd jump out of the way of the projectile while Landon’s dad moves toward it. It paints a beautiful picture of what it means to be a father. Since it happened in 2016, the beautiful moment of a father protecting his child has warmed the hearts of people all over the internet.

Landon will have more than just a baseball game to tell his friends about for a while.

My first baseball game was amazing,

In the video below, you can see Shaun in full “Dad mode.” 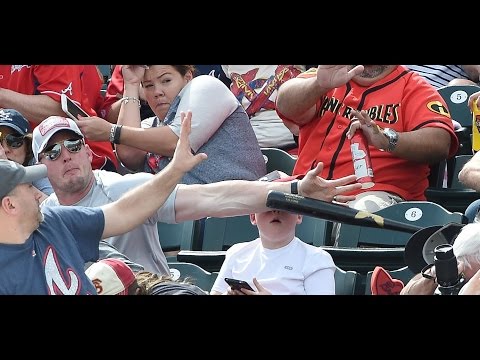