Cure for HIV/AIDS is not out but a second infected patient from London has been cured of the disease. The first person to be cured of HIV was a Berlin patient and it happened way back in 2008. But the recent HIV cure is different and could bring big changes in the medical field.

The London Patient is currently being studied and Scientists are researching a possible cure for HIV and AIDS based on his treatment. HIV cure for London Patient is very much different from the Berlin patient and here is how it can be used for a permanent cure to end HIV from this world.

The London Patient was diagnosed with HIV way back in 2003 and 10 years later he developed Lymphoma. The infected patient was kept on HIV drugs  and stem cell transplant for a period of time under close observation. It continued for 18 months and when the tests showed that there was no sign of virus infection, the medicines were stopped.

A UK patient's HIV has become "undetectable" following a stem cell transplant – in only the second case of its kind. The London patient, who was being treated for cancer, has now been in remission from HIV for 18 months and is no longer taking HIV drugs. https://t.co/04vUx0aqUS pic.twitter.com/kAeYS2TXZc

Doctors have explained it as a very dangerous process and it only happened because the London Patient had Delta 32 mutations. It is why the whole process is studied and Scientists are trying to replicate the mutations to cure HIV and AIDS.

Scientists and Doctors are now studying the genetic engineering techniques used to treat hemophilia and other immune conditions. The plan is to apply the same for curing HIV by mimicking Delta 32 phenotype and develop a possible solution.

There are currently 38 more patients other than the Berlin and London ones which are currently being treated using the same technique. The plan is to develop a general HIV cure and treatment which can be applied to any patient irrespective of his gene mutations. 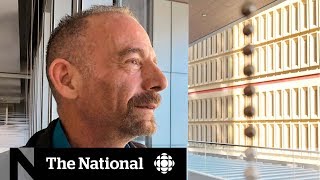