Cure for HIV/AIDS is under research at various institutes and Scientists are trying new approaches to find the solution. While most HIV drugs target the virus causing the disease, they are simply just parasites surviving on the hosts and using their proteins. The genes in humans are simply the producers of the proteins that feed the HIV causing organism and new research is carried out to discover and identify them.

How are you preventing #HIV when having sex? pic.twitter.com/ubuZU7oz8b

If we are somehow able to study and identify the genes responsible for HIV infection, the disease can be stopped by cutting off its source. The team of Gladstone Institutes scientists led by Senior Investigator Nevan Krogan, Ph.D. is working to catalog host proteins that bind the HIV proteins.

Destroying the Number Strength of Genes

HIV genes work in pair and their real strength is in the numbers, which is why the study is focusing on how the genes work together to cause the virus infection. The map referring to the positions of viral epistasis is termed as vE-MAP is the next phase of advance in HIV research.

The vE-MAP is used to analyze how different HIV mutants can affect the host cells and also to test drugs that may disrupt HIV-host interactions. The Krogan lab has found several binds to HIV proteins including over 350 genes and has tested over 63,000 pairwise disruptions.

HIV/AIDS is the most researched disease and yet there is no cure found out, the antiretroviral drugs are only able to pause it and not stop it permanently. The member of CNOT family genes were able to stand out in the vE-MAP and it was able to suppress the HIV infection. Scientists are now looking at the new host genes which are not properly studied as one of them could contain the cure for HIV and also AIDS. 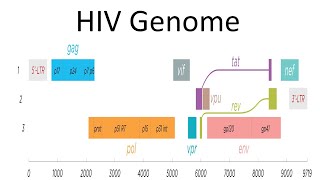