A research team at Washington State University has managed to develop a drug delivery system which uses a compound found in turmeric to inhibit the growth of bone cancer cells and promotes the growth of healthy cells.

How turmeric can help limit the spread of cancer

There is a compound called curcumin which is the main ingredient in turmeric. It is highly anticipated that this discovery could result in improved treatment for people suffering from osteosarcoma which is the second most cause of cancer deaths in children.

Btw, here's why the idea of a cure for cancer doesn't make much sense:

The report was published in the journal ACS Applied Materials And Interfaces. The research team included Susmita Bose, Herman, and Brita Lindholm Endowed Chair Professor in the School of Mechanical and Materials Engineering, and graduate student Naboneeta Sarkar.

High doses of chemotherapy are necessary to treat younger patients suffering from bone cancer. The chemotherapy treatment is provided before and after surgery. As a result, these patients tend to suffer from the extremely harmful effects of the therapy.

Election promises by Trump: "Cure for #cancer, eradication of #AIDS and landing humans on #Mars"
pic.twitter.com/svnJDTaeWu

This is the reason why the scientific community has been working on developing milder treatment options, especially after surgery. For a long time now turmeric has been used as a medicine in Asian countries because of the antioxidant, anti-inflammatory and bone-building capacity of its main ingredient.

3D scaffolds used as a potential cure for cancer

However, it cannot be absorbed well when taken orally. That is why researchers used a 3D printing mechanism to build support scaffolds for the compound out of calcium phosphate. They used vesicles of fat molecules to incorporate curcumin into the scaffolds which resulted in slow release of the chemical.

They found that this treatment method inhibited the growth of osteosarcoma cells by 96% after only 11 days of treatment.

“This study introduces a new era of integration—where modern 3D printing technology is coupled with the safe and effective use of alternative medicine, which may provide a better tool for bone tissue engineering,” said Bose. 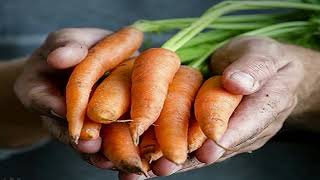