An Israeli biotech company is currently working on a cancer cure which is not so popular. The thermal ablation treatment method is not heard by many people, but TechsoMed is trying to improve this method for precise burning of a cancerous tumor.

The is defined by the National Cancer Institute. It is a procedure in which heat is used to remove a part or tissue of the body and destroy its functions. It may not cure cancer completely, but it targets the tumor and burns it.

At the moment, thermal ablation has some major setbacks. The physicians need to wait for twenty-four hours after completing the procedure to know if they were successful in removing the cancerous tumor or not.

TechsoMed’s innovation is the first real-time system of the world which will monitor and control the ablation procedure. It will be a step ahead of this thermal ablation treatment.

The physicians will use artificial intelligence and improved imaging tech. They will become capable of monitoring the scope of ablation done by them instantly. They won’t have to wait to check if it was successful or not.

The Israeli company is developing Bio Trace quickly and it will show a major improvement in the cancer treatments. The company has successfully tested the imaging technology in pre-clinical and clinical trials.

They have tested round fifty-four patients so far. These patients are from Mayo Clinic, the US, in Sheba Medical Center, Israel and in the University of Tokyo Hospital, Japan. 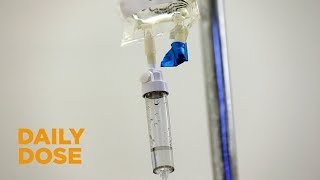 The development will continue for a year. The company hopes that they will be able to bring the cancer treatment technology to the hospital facilities.