Tiger Woods is perhaps the best player in the game of golf, but his performance quality has dropped in recent times. He is getting old, has suffered from many injuries and his personal life has taken a toll on him. The British Open 2019 golf tournament is going on and fans wish Woods to win the title.

Still Recovering from Back Injury

During his recent game at the British Open, fans were cheering up for Tiger Woods and he acknowledged the fact with a down head. He was kind of tired and frustrated and a little hurting. The recent times have not been well for Woods and he has been mostly out of the game and played the last major event in April. Tiger Woods, who is currently 43 years old has to say this on his future in golf. 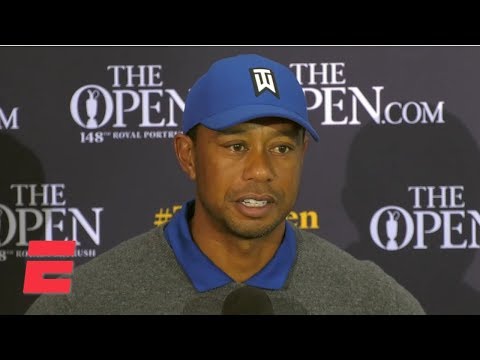 I’m not moving as I used to do before. You need to move and shape the ball under such a situation. I couldn’t do it and everything was mixed up as I was hitting it solidly. I missed a lot of shot and I was just scraping my stick around. One of the reasons why I’m not giving out a solid effort is because I need to take it slow for a long career. I am unable to play as before and there are very fewer chances I make it to the finals.

While the physical form is one of the reasons for his poor performance, there are a lot of other factors also involved. Tiger Woods also thinks that his personal life is also hindering with his game. He has now a lot of responsibility, kids to take care off and family life.

Yo @TigerWoods. Let's call it, hop in the jet, turn the heat up to 90, go home and sit by the fire in our green jacket for 6 months, come back fresh for spring 2020. Play only in 70+ degree tournaments.

We're Masters champ. There's no need for this.

📸 | Tiger Woods in the zone at the 148th Open at @royalportrush, Northern Ireland. #TheOpen@RossiStu ⛳🐯 pic.twitter.com/MVOcmoB6o2

There is no way he can practice for the same hours and go to the gym and workout as the young golf players. Woods said that he is trying his best to peak out, but there are very fewer chances at this stage of his life. Tiger Woods has a lot of money in his hands and there is no need to make efforts which puts him at any kind of risk.