Boxing promoter Eddie Hearn, who promotes Anthony Joshua, has recently posted a cryptic tweet which hints towards the fact that the Anthony Joshua vs Andy Ruiz Jr rematch might just take place in the UK. In the past, there was a lot of speculation regarding where this match might take place – but the situation appears to be getting clearer now.

🎯 Anthony Joshua utilising a few specific methods during training today as he prepares for the Andy Ruiz Jr rematch later this year. pic.twitter.com/bbvwPgEXfc

Let us take a closer look at this and see which other locations were being considered and does the location have any impact at all:

Anthony Joshua vs Andy Ruiz Jr Rematch: Which Other Locations Were Being Considered

Anthony Joshua vs Andy Ruiz Jr II is a match that the entire boxing community awaits eagerly. While the first match came as a complete shocker, Ruiz defeated Joshua and claimed the gold, the stakes are even higher in the second match as many more people would be tuning in to see if Ruiz can retain the belts.

Other locations that were being considered for this fight were Mexico, the flag under which Andy Ruiz Jr fights, and Madison Square Garden, because it is a ‘big money venue’ and has a ‘big fight feel’. However, it appears that the UK is most likely going to be the venue.

Does the Venue Matter in Boxing?

The venue matters a lot, especially in a fight like Anthony Joshua vs Andy Ruiz Jr, because the support of a home crowd can boost one’s morale. Given that Joshua wants to fight in the UK, if this match happens there it will be a huge advantage for him. 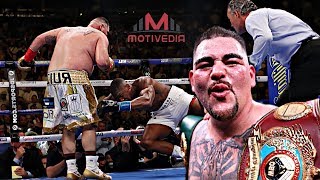