Borderlands 3 is the third title in the role-playing looter shooter franchise. The developers of Borderlands 3 have got a lot of flak in the recent days for its exclusivity with Epic Game Store.

The GearBox is trying to prevent the damage by launching the game earlier than expected. The developers have also launched ECHOcast Extension.

GearBox and Twitch partnered up to launch the ECHOcast Extension which will allow the Twitch viewers to look inside the bag of Twitch Streamer while he is playing the Borderlands 3.

The viewers can also look at the perks utilized from the skill tree by their favourite streamer. This extension will provide an option to check out the mechanics with ease.

Gearbox has also planned a rare chest event on 1 May that would some viewers if their streamer finds a Red Chest. The event will have four Red Chests hidden in the Borderlands 3 map.

If a streamer stumbles upon a chest, the viewers will have 30 seconds to open that chest. Only 25 percent of the total viewers of a streamer will receive this option.

25 percent of people will be chosen randomly. If they miss the 30-second window, then random selection comes into play.

The viewers need to link their SHiFT account to their Twitch account to qualify for the Red Chest Event.

Publishers have been leaving Valve’s Steam in favor of Epic Game Store due to better revenue options.

However, Borderlands 3 will be available exclusively on EGS till April 2020 which has caused a backlash from the gaming community.

Reports say that Borderlands 3 will hit the stores on September 13, 2019. 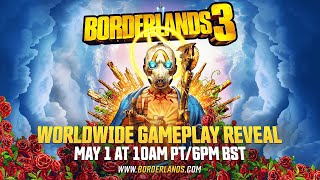