Bleach Season 17 renewal came out as a surprise but fans were happy that the anime series will finally get a proper ending. It has been years since the Bleach anime was abruptly canceled over lack of manga chapters and high production cost. But at the recent 20th-anniversary celebration of Bleach manga series, it was announced that the anime will be renewed for the last and final season along with “Burn the Witch” spin-off movie.

Netflix has gained around 16 million new subscribers ever since the Coronavirus pandemic has hit the world and everyone is at home under lockdown and quarantine. There are reports that Bleach Season 17 which will be based on “Thousand-Yea Blood Arc” will have a Netflix release as other seasons of the anime are now also available on the streaming service.

Netflix has added a lot of new content in the past few days ever since the COVID-19 pandemic has skyrocketed the streaming numbers. Bleach Season 4 titled “The Assault” and Bleach Season 5 titled “The Bount” have been added to the Netflix library on April 21.

The anime series created by Tite Kubo follows the story of Ichigo Kurosaki, a high school student who gets the powers of a Soul Reaper and helps in the transition of life and souls to the afterlife. There are also reports that Netflix is planning to add more seasons of Bleach anime and could soon have the complete series.

Bleach Season 17 anime will be based on the “Thousand-Year Blood Arc” featuring some of the strongest villains and intense action sequences. There is no fixed release date for the anime but it should premiere around late 2020 or early 2021 as per the speculations.

Netflix will be willing to pay a high price to get the streaming rights of upcoming Bleach anime as it will generate a lot of subscribers. It will soon be confirmed that Bleach Season 17: Thousand-Year Blood Arc will get a Netflix release after the premiere in Japan. 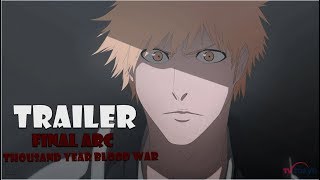