Bleach anime is finally returning and fans are very excited that the story will finally get a proper ending. Due to reasons unknown, the anime series went on a hiatus which never ended, but the recent announcement has given new hopes to Bleach fans.

During the 20th anniversary of the Bleach manga series, it was announced that the anime series will return along with Burn the Witch spinoff movies and also an artifact museum will be opened. Bleach Thousand-Year Blood War Arc will finally get an anime adaptation and here are more details on Bleach anime release date and plot spoilers.

Bleach anime will be adapting the Thousand-Year Blood Arc storyline from the manga which kind of concludes the series. It will introduce the character of Yhwach, which is one of the strongest villains in the Bleach universe. There will be a lot of intense battle scenes filled with action along with some major character’s development and their powers.

Bleach anime story will continue from the point where it left last time and the final arc of manga will also serve as the final anime storyline. As per the numbers, Bleach Season 17 will be the next installment as the anime ended on the 16th season. It is just a matter of time until more plot updates about Bleach anime are shared by the creators.

Bleach Anime Release Date: When will the Anime Return?

Bleach anime release date is yet not announced but speculations say that the show could return in late 2020 or early 2021. The only reason the series could get delayed is due to the Coronavirus pandemic but most of the anime studios are unaffected as their production work can be done from indoors only.

Even the staff and cast members were surprised when Bleach anime was renewed for the last and final season. Fans are hoping that the anime series will release this year but estimates say that Burn the Witch and Bleach Season 17 will premiere in 2021 at the earliest. 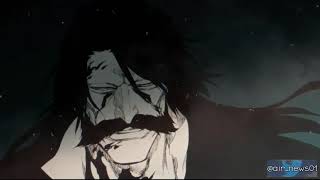