Bleach anime will return after a hiatus of 8 years and fans are glad that the anime series is renewed. The Japanese anime is based on Tite Kubo’s manga series of the same name which is also very popular. Bleach anime was produced by Studio Pierrot and started in 2004, while the last episode was aired in 2012.

It was recently announced that Bleach anime has been renewed for a last and final season based on the “Thousand Year Blood War” arc. There will also be an anime adaptation of Burn the Witch series which takes place in the Bleach world. Here are more details on Bleach Anime renewal release date, plot story and the manga source chapters.

Bleach anime newly renewed season will be based on the “Thousand-Year Blood War” arc from the manga series. The story arc began with Bleach Chapter 480 of the manga and continued till Chapter 686 which concluded the manga series.

It will continue the story for Bleach anime after the “Fullbringe” arc was completed and the show was ended abruptly. There are no official reasons why Bleach anime was canceled but it is believed that the production cost increased too much and the anime was catching too closely will the manga chapters.

Bleach Season 17 will be the next season in terms of number as the anime ended in the 16th season. There is no release date mentioned in the Bleach anime renewal announcement, but it is expected to arrive at the end of this year.

Even if we take the Coronavirus pandemic delay into account, the next season of Bleach anime will premiere in 2021 for sure. Tite Kubo will himself supervise Bleach anime and Burn the Witch anime film production and Studio Colorido will be in charge of the projects. 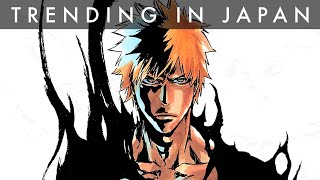