Bleach anime has been renewed for the last and final season and fans of the series are very excited. It is only a matter of days before the official release date for Bleach anime is announced and until then we can speculate and make predictions. It has been around 8 years since the Bleach anime series ended abruptly on Season 16 and fans have been waiting for Season 17 till now.

In case you haven’t heard, the Bleach anime is coming back! Read the “Thousand-Year Blood Arc” before it’s animated! It starts from Chapter 480! Members can read all of Bleach and much more in the Shonen Jump Digital Vault! https://t.co/OxnZRF0yYv pic.twitter.com/KHjhOWUWE2

While there were certain rumors around the internet about Bleach anime renewal, no one was ready to believe it until Shonen Jump announced brand new Bleach content on the 20th anniversary of the Bleach manga series. Here is more information on Bleach Season 17 release date, manga source chapters and plot spoilers.

Bleach anime renewal was confirmed at the 20th-anniversary Livestream of Bleach manga series where Shonen Jump announced a lot of new content. There will be an anime film adaption of the Burn the Witch spinoff, an art exhibition and the final season of Bleach anime series.

The “Thousand-Year Blood War” arc from the Bleach manga series will be adapted as the last and final season of Bleach anime series. In terms of continuity, the next season of the show will be termed as Bleach Season 17 and it could release around the end of 2020.

Bleach anime renewal release date was announced by Shonen Jump but the schedule for other things was mentioned. It was confirmed that Bleach: Burn the Witch will release later this year and the art exhibition will happen at the start of 2021. Fans are hopeful that the anime won’t take much time and even if they start today, the first episode could easily premiere before 2020 ends. Bleach Season 17 could be released around the end of this year with a new trailer which will be out during July. 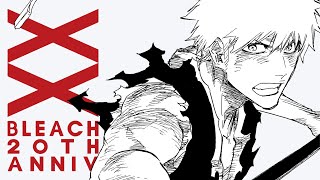