Bleach anime return reports have made fans all over the world excited but it seems that might not happen at all. Even after the start of this new decade, the makers have announced anything regarding the renewal of Bleach Season 17 and all we have are just rumors and speculations. Tite Kubo, the creator of Bleach manga is not happy with the anime series makers as they never finished his story properly.

Man ill lose it if they confirm Bleach anime return. We need that final arc 🔥🔥 pic.twitter.com/Gt4DckABQL

While Kubo has written enough manga novel volumes for the Bleach anime show to have Season 17 and more, the makers are not moving forward with it. There have been several petitions and many fan demands for the renewal of Bleach anime, but there is no progress from the other side. It seems that Bleach anime season 17 won’t return on the TV even after so many fans demanding the same.

Bleach Anime could be Rebooted Instead of Season 17

Bleach anime could have a new reboot coming out soon as per some of the reports as the storyline has so many fillers, it would be hard to wrap everything up. Hence, they could have a Bleach reboot anime with a fresh take on every character and plot, focusing on only the important parts and giving a compact version of the manga story.

Bleach's creator Tite Kubo will unveil a 'New Work' along with Bleach's 20th Anniversary Project at AnimeJapan 2020, being held on March 21. Weekly Shonen Jump's Editor-in-Chief Hiroyuki Nakano will be at the stage presentation. pic.twitter.com/NM9zHCLOuz

It would also attract the new fans who think that it would be hard to watch 16 seasons of Bleach and could easily get hooked up on the new reboot as a fresh new show. There are also rumors on Netflix might be working on more seasons of Bleach, although there is no update on that coming soon section for the anime.

Fans are Angry over No Response on Bleach Future from Makers

Bleach anime fans are very angry and deeply saddened over the lack of updates from the makers. While the creators are busy making Boruto after Naruto ended and Dragon Ball Heroes and so many other spinoffs, what’s the problem in creating Bleach season 17 and more. Pierrot should at least give a response and tell the fans reasons behind the delay or cancelation of Bleach so they could move on to some other anime. 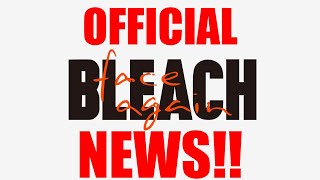