Bleach anime is all set to return after four years and we could see season 17 of the show releasing this year. Fans of this extremely popular manga-based anime were disappointed when the show ended after 16 seasons in episode 366. The makers had no option but to cancel the show as they ran out of the source materials due to a highly paced anime version taking over the manga storyline.

But Tite Kubo, the manga illustrator has been writing out new volumes of Bleach which are enough for the show to return. While nothing has been confirmed as of now, Bleach anime is highly speculated to return with a new release date after the huge fan demands.

Fans of Bleach anime and manga started a petition on chnage.org asking for the return of the show. They have been also supporting the creators by buying out Bleach merchandise so that the required funds for animating the story can be gathered.

Still waiting for Bleach anime to come back. #supportbleach pic.twitter.com/zB0FUJPSSR

There are already more than 105,262 signatures on the online petition and it is increasing at a rapid pace. Fans want to honor the manga creator Kubo and want anime version of his future works and the final part of Bleach: The Thousand Year Blood War/Quincy Blood War.

Bleach is a story about Ichigo Kurosaki, who can see spirits and becomes a Soul Reaper and the anime has become hugely popular all over the world. There are so many viewers who want to see more seasons of Bleach and have been waiting for season 17 for so long.

There have been several Bleach movies and OVAs but everyone wants the real thing, which is season 17, 18 and more. Many of the rumors are claiming that new episodes of Bleach anime are in works and could come out soon with a late 2020 release date. 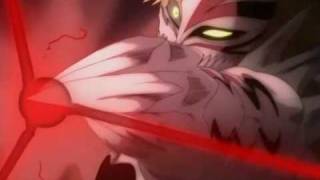