Black Widow movie’s second new trailer is going arrive soon as regular scoopers have confirmed that something big is happening at Marvel. Scarlett Johanson will be playing the Super Spy Black Widow in the MCU prequel and fans are very much excited for the movie.

Bigger Marvel day tomorrow than you're ready for.

It will also be the only movie to have Robert Downey Jr. after his character Iron Man died in Avengers: Endgame. Here are more details on the Black Widow trailer release time, footage descriptions and character cameos.

Black Widow new trailer will be released at 6 am PST (9:30 am EST or 6 pm IST) on Youtube as per the recent rumors. There are also reports that Robert Downey Jr’s cameo in the movie as Tony Stark aka Iron Man will also be shown in the new trailer.

CONFIRMED: The official trailer for #BlackWidow will release in next week of March! pic.twitter.com/cD1OBLeXbT

The second Black Widow trailer will reveal several key aspects of the movie and might contain slight spoilers so that it can grab the attention of non-MCU fans. There will be more of Taskmaster and Red Guardian scenes which were the highlights of the previous Black Widow trailer.

Black Widow Release Date to be Postponed due to Coronavirus?

Black Widow release date is rumored to be postponed over the fear of the Coronavirus outbreak as per several reports. But Disney or Marvel has given no such indication and the reports are coming up after MGM shifted the release date of James Bond: No Time to Die by 7 months. Disney has recently released Pixar’s Onward which is doing good business and the same will happen with Black Widow too.

Chinese theaters are the only liability at this moment and Disney’s live-action Mulan may get postponed. Black Widow is slated to release on May 1 and might follow the same schedule unless the Covid-19 outbreak becomes widespread in the United States. 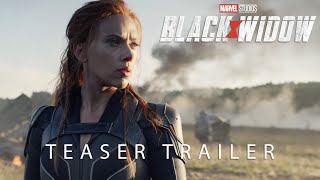