Black Clover Chapter 249 will continue the attack of the dark triads on the Heart Kingdom as the three villainous mages are getting involved. Vanica sent her henchman Svenkin to attack the Heart Kingdom and Luck alone had to defend the place without any backup. Noelle and Lolopechka will try to fight Vanica in Black Clover 249 manga chapter as defeating her could stop the dark triad.

Luck vs Svenkin magical battle is also going great with the later having ability to heal himself could prove very dangerous. The next manga issue of Black Clover is delayed by one week as the manga creators are on a break due to the Golden Week holiday in Japan. Here are more details on Black Clover Chapter 249 release date, title plot spoilers, theories, raw scans leaks, English translation and ways to read online the manga chapters.

Black Clover Chapter 249 will reveal whether Svenkin died after Luck used his form of the true lightning spear on the dark triad henchman. Svenkin has the powers to heal his injuries so there are high chances that he will survive the fight, which is bad news for the heroes. Luck will have to find a new way to defeat Svenkin before he destroys the entire kingdom.

The battle in the Heart Kingdom will continue for much longer in Black Clover 249 manga chapter as the heroes will take a lot more time to return and protect the territory. Yami vs Dante fight will also continue as they were not seen in the last manga chapter. Noelle and Lolopechka will faceoff against Vanica in “Black Clover” chapter 249 as taking out the head of dark triads can stop the battle.

Black Clover Chapter 249 will release on Sunday, May 10, 2020, in stores as per VIZ’s official website. The manga creators has taken a one-week break due to the golden week holiday celebrations in Japan. The raw scans for Black Clover 249 will be leaked out 2-3 days prior on the internet around May 8, but it would be better to wait for the official release.

Black Clover, Ch. 248: Luck faces off against a seemingly invulnerable opponent! Does he have ANY weaknesses? Read it FREE from the official source! https://t.co/dmnFQGc5nJ pic.twitter.com/2iwI8t0kKS

The latest issue of Black Clover chapter 249 can be read on VIZ media and Shueisha’s Shonen Jump official website and platforms. However, one should always read the manga from their official websites for free as it would help the creators and inspire them to make more interesting stories. 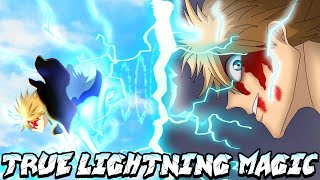