Black Clover Chapter 248 will show the Dark Triad attacking the Heart Kingdom with none of the heroes left to defend the castle. Luck will be the only hero left to fight the enemies and save the kingdom without any backup. There was no issue of Black Clover manga series released last week as the publication magazine took a week due to the COVID-19 pandemic.

Vanica will lead the raid in Black Clover 248 manga chapter as there is no one to protect the territory except Luck, who will be badly injured in the fight against the dark triads. Here are more details on Black Clover Chapter 248 release date, title plot spoilers, theories, raw scans leaks, English translation and ways to read online the manga chapters.

Black Clover Chapter 248 spoilers show that the Dark Triad is a very powerful and evil trio that uses dark magic. Noelle, Lolopechka, and Mimosa are very far away from the Heart Kingdom and they have to save the palace in any condition. The triad members of Vanica- Svenkin were able to defeat all the four guardian spirits in the Black Clover 247 manga chapter with just 50% of devil power.

Lolopechka asks Noelle for help and he contacts Luck to defend the Heart Kingdom. Luck tries to stop Svenkin who has been creating rampage in the kingdom on the orders of Vanica. Luck vs Svenkin battle will be seen in “Black Clover” chapter 248 as the fastest hero will fight the powerful dark disciple. Even though Svenkin was defeated, Luck was badly injured and he might not be able to protect the Heart Kingdom anymore.

Black Clover Chapter 248 will release on Sunday, April 26, 2020, in stores as per VIZ’s official website. The manga publisher has taken a one-week break as one of the Shonen Jump employees was tested positive for Coronavirus. The raw scans for Black Clover 248 will be leaked out 2-3 days prior on the internet around April 24, but it would be better to wait for the official release.

Black Clover, Ch. 247: The Heart Kingdom is under attack! Is anyone strong enough to defend them against their cruel invaders? Read it FREE from the official source! https://t.co/l45TdTanBC pic.twitter.com/woLF95jRzo

The latest issue of Black Clover chapter 248 can be read on VIZ media and Shueisha’s Shonen Jump official website and platforms. However, one should always read the manga from their official websites for free as it would help the creators and inspire them to make more interesting stories. 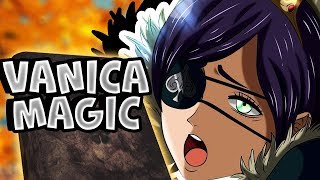