Now that COD Mobile has become really popular with the gamers, a number of people are searching for Call of Duty Mobile APK downloads and are ending up going to suspicious-looking websites where they download fraudulent files that end up harming their phone and sometimes even stealing their data.

Let us take a closer look at the game’s fake downloads and why they are causing such large-scale problems.

Call of Duty Mobile is legit!!!! Just played Crash and that classic spawn trap got me feeling like it was 2007 again.

CoD Mobile is enjoying a record-breaking run in the markets and has already amassed 100 million downloads in a week. This is the biggest launch of any smartphone game, ever! The game has attracted gamers from all over the world, but so has it attracted scammers from all over the world. People are creating fake websites and uploading malicious files, installing which would end up installing malware in your smartphone!

This could lead to your personal data being stolen, or even worse – your credit card related information can also be accessed by the hackers if you download a fake Call of Duty Mobile APK off the internet. The best way to stay safe is by downloading via the Google Play Store or the iOS App Store.

… So I keep finding myself wanting to put off whatever I actually need to be doing to play Call of Duty: Mobile. I haven't experienced that with a game in… a very long time.

CoD Mobile Cheats and Hacks Can Get You Banned!

Many gamers are also looking forward to downloading Call of Duty Mobile cheats and hacks which can provide them with better access into the game than other players. However, we strongly recommend gamers to not do that because when the developers catch you, you’re going to get a straight ban as this is unethical behavior and spoils the gameplay experience for other gamers! 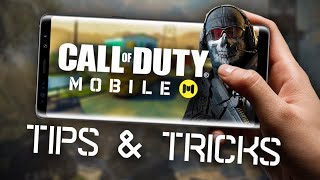