Apple iOS 13 has been around for about a month now. However, as is the case with every iOS release, multiple bugs have been spotted and users have been reporting them all over social media. Even after a long bug-testing phase, a number of bugs tend to make it to the stable iOS release every year – and this year is no exception. The latest bug that has been spotted, however, can be potentially dangerous!

Here’s a closer look at this new iOS bug and what it does.

Legit. Is there an easy way to roll back an iOS update? iOS 13 is quite possibly the WORST thing for creators right now. Screen record constantly crashing or failing to initiate. Constantly turns off voice record. Current bug that totally prevents live streaming. @AppleSupport

New iOS 13 Bug in Siri: Your Conversations Can Be Heard By Others!

This latest bug that has been spotted in iOS 13 has got something to do with Siri, Apple’s voice-based virtual assistant. Year after year, Siri gets smarter. However, this year, it comes with a bug! A bug in the latest version of the iOS causes Siri to accidentally play all calls that you make via voice commands on speaker!

This means that there’s a potential that some unwanted portions of your conversation can actually be heard by people around you if the person you are talking to begins speaking immediately. This is something that one needs to be careful with and Apple needs to fix in time! However, it won’t make sense to NOT upgrade just because of small bugs.

Fuck iOS 13 and these stupid bugs

Should You Even Upgrade to iOS 13?

Here comes the bigger question: Should you even upgrade to iOS 13 given that there are so many bugs? The answer to this is actually yes! These bugs cause minor inconvenience but it is not like iOS 12 is perfect either. This Siri bug is expected to be fixed once iOS 13.2 rolls around! 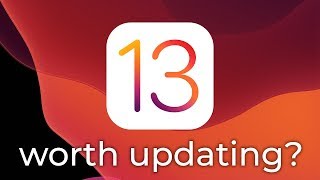